How often do we miss the glimmers of history tucked away in our communities because we never think to venture outside our comfy neighborhoods or don’t believe a place is interesting unless a guidebook tells us it is?

I’m finding it impossible to drive anywhere without wondering what is two blocks or three blocks off my path, so when I’m alone and have the time, I usually follow my instincts and head off the destined route.

Rarely am I disappointed.

If you’re an offbeat cat like me, I recommend taking a walk or a drive through a neighborhood that isn’t on your radar. Drive along a road you’ve never been on or open a local map, close your eyes, and plop your finger down and follow where it lands.

Today I purposely got lost in St. Paul’s Payne-Phalen and Dayton’s Bluff neighborhoods. I came across many old (yet new to me) buildings that piqued my curiosity. These structures may have as storied a history as any other Twin Cities landmark — and those histories may be seedier and more entertaining than those of popular tourist stops like the Minnesota State Capitol and St. Paul Cathedral. I particularly enjoy exploring working-class neighborhoods and finding hints of the life left behind, illuminated through faded hand-painted signs, crumbling facades, and cornerstones with dates from the early 20th century.

After my excursion I attempted to do some online research of the buildings, but I haven’t found much. The exception is the Catholic Church of St. Casimir, which is listed on the National Register of Historic Places. Its website reveals a remarkable history that includes a scandalous murder in the confessional area and a fire started by unruly boys.

As I’ve mentioned before, I need to make a visit to the Minnesota Historical Society Library and start researching some of these places, or at least try and unearth some old photos that show these decaying yet remarkable sites in their prime. Maybe just to get a glimpse into who inhabited and worked in these structures and what gave them stamina to survive, especially when other nearby buildings were razed long ago. 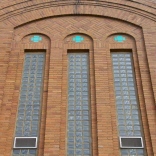 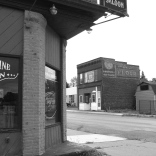 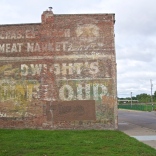 I happened upon the recently closed Amtrak station this afternoon. The clouds and spitting rain made for an eerie canvas, but trains still moved through (yet did not stop), and four sleeper cars underwent repair and maintenance nearby. While the site definitely looks abandoned, a hint of ongoing activity took place on and around the tracks.

From Farm to Table to (Hot) Air

Vermont farms and fresh food were the themes of the day.

It began with a lazy, happy afternoon touring the Billings Farm and Museum in Woodstock and ended with dinner at Simon Pearce Restaurant in Quechee, Vermont — one of the best dining destinations in the state, if not all of New England — and a surprise hot-air balloon inflation and take-off along the Ottauquechee River.

Through the milking barn

Simon Pearce on the Ottauquechee River

Dinner over a waterfall and under a hot-air balloon

And a quick stop at Dartmouth and the chance to walk through an Ivy League library. 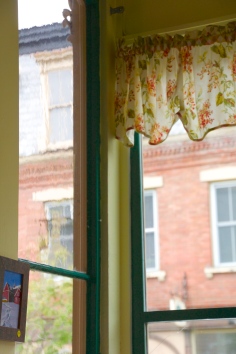 Climb up Mount Tom — house from above

I started this blog more than two years ago and post content every day, yet I still haven’t realized what theme I’ve got going here. I guess I’ve stuck close to the original premise — to observe the common and spin my observations through words and photographs. It’s a wide net that allows me to veer way off course and not get called out.

The longer I’m at it, the more I discover that my interests tend toward exploring older neighborhoods and structures in the Twin Cities and the rest of the state. I would love to take more time to do sufficient research to learn more about a building’s origins or the family that has lived somewhere for decades or the block that is undergoing urban renewal.

Perhaps someday I shall head to the Minnesota Historical Society, renew my membership, and start digging for information. But several bloggers already do a great job capturing St. Paul and Minneapolis history. I’m not quite sure what lens I could put on the stories they are telling or what hidden history I can uncover.

For now, I’ll continue exploring in my own little way, this time in St. Paul’s Merriam Park neighborhood, and one of these days I’ll figure out a more funky and creative way to capture all this history.

The north-facing block on Iglehart Avenue between Dewey and Howell Streets in St. Paul is anchored by two structures on either end, each built in the early 1900s. I can’t speak for the ages of the houses that fill the spaces between, but they look to have been built in the same era.

The Olivet Congregational Church reminds me of a cottage, and its sweet blue-green stained-glass windows feel European. I think Switzerland, but maybe Austria. It’s got that “Sound of Music” vibe coursing through the courtyard. 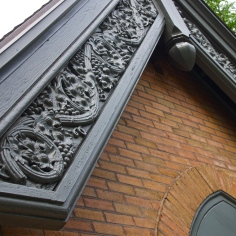 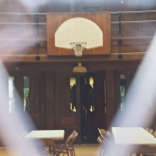 While the church looks like its been maintained immaculately, the Triune Temple at the other end of the block looks like it’s seen better decades. But that makes me adore it all the more. It’s a little worn, like a well-loved stuffed elephant, yet possibly more charming than it was in its heyday. It’s still in use by the Masons and is one of the few Masonic temples that remain in the city. 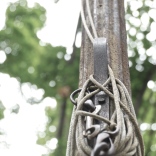 Upon further investigation, the temple’s website yielded the picture below of a watercolor created by the architect’s office prior to construction. According to the site, these renderings rarely survived, which is a shame when you see what marvelous pieces of art they were.

What piques my curiosity is the structure in the background on the far right. Based on the location of the temple, it’s in the direction of the University of St. Thomas, but I’m not sure what structure is that tall (or would have been that tall in 1910). Perhaps it was something that has since been razed. I think it looks a little like the Prospect Park Water Tower (a.k.a. Witch’s Hat Water Tower), but that’s in a different area of town.

A mystery to be solved at another time.

Finally, some photos from the corner and the alley, with hints of the coming autumn.

Hamm and Payne and Pigeons

I took a drive along Payne Avenue today and made a detour to the Old Hamm Brewery in St. Paul. The historic area adjacent to Swede Hollow has been through hard times but is making a comeback with the openings of several acclaimed and popular restaurants like Ward 6 and Cook.

I love an old building — renovated or rundown, it captures my imagination and sense of wonder about all that came before. 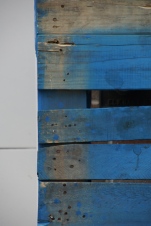 Family have come to Minnesota from Nebraska, Iowa, North Carolina, and California to celebrate the 90th birthday of my mom’s first cousin Dorothy. Tonight was the first of several group get-togethers that will culminate in a big bash Sunday afternoon.

A few days before she was born, the eighth Olympic games closed in Paris. Four days after she arrived, the comic strip “Little Orphan Annie” debuted. World War One had ended six years earlier and the stock market would set off the Great Depression five years later.

She’s one of the sweetest people you could ever meet, and it’s wonderful to see so many people coming from all over to celebrate her. She is loved and adored by so many.

You are currently browsing the History category at The Quotidian Diary.